This is a brief summary of the duration and stages of human life, which can be helpful in understanding the subject as a prelude to the subject. Man is actually a mixture of soul and body. In other words, Allah Almighty has placed an immaterial (invisible) soul in the human body and has clothed this body over it, but at the same time, Allah has created another immaterial thing in the human body which the human soul It is said that the human soul is not the name of a particular organ or part of the body, but is an immaterial (existence of) emotion within man.

The human soul is actually a manifestation of evil. It is a passion, force, or facilitator that leads human thoughts and emotions to evil. The soul has come from the world of souls. It has come from the nearness of Allah. She remembers the closeness of Allah, she misses the parties, she wants to go back to her parties, in other words, the remembrance of Allah makes the soul happy and she is happy with the remembrance of Allah Which leads man to evil.

The human soul, although invisible, is an immaterial emotion, but its helpers are the human body and the devil.

All the luxuries in the world, all the linguistics are very pleasing to the human soul. The human soul has the ability to change its conditions under the influence of the human environment and actions. 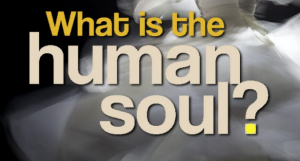 1. Nafs Amara
Its first condition is called Nafs Amara in the Qur’an.

Nafs Amara is a Nafs that is happy to do evil, powerful, and satisfied. Evil can be said to be its food. It is mentioned in verse 12 of Surah Yusuf of the Holy Qur’an and it is said:
Indeed, Nafs Amara is surely the one who commands evil with great severity.

If a person remembers Allah, sits in good company and in good company, listens to good things, then the state of his Nafs begins to change, and finally, this Nafs Amara enters another level which is called “Nafs lawama”. Is interpreted.
Nafs Luama is the Nafs of a state that does evil, but committing evil creates feelings of remorse and shame in it.
Despite his remorse and embarrassment, he commits the same evil over and over again that he regrets. It is called Luwama, which means severe reproacher.

“Nafs Luama” creates a feeling of hatred of evil in man, but it does not stop him from evil.

The third state, condition, or degree of Nafs after Nafs Luama is described as “Nafs Malhama”.
If a person continues his good company and good company and strives hard to attain nearness to Allah, then his Nafs attains the status of “Nafs malhamma”. Nafs malhamma instills good thoughts in the human heart.

Inspires, that is why it is called Malhama. Just as Nafs-e-Lumama creates hatred of evil, so also “Nafs-e-Malmama” creates a love of goodness in the heart of man and attracts his heart towards piety and purity and good deeds. And after committing evil, man suffers from severe despair and grief and avoids doing evil again. Encourages man to do good.

The fourth level can be called “self-satisfaction”. It is stated in verse 28 of Surah Fajr of the Holy Quran
(Or Itha Al-Nafs Al-Mutma’ina Arja’i to Rabbak) “O self-satisfied one, return to your Lord.” There are very fortunate people whom Allah rewards with self-satisfaction.

The next level of self-satisfaction is “Nafs-e-Razia”. Nafs-e-Razia is a Nnafs that is pleased with Allah. The feeling of being happy is created in him, even if he is in trouble in these matters. He is content with the pleasure of Allah in all circumstances. That is why this Nafs has been interpreted as contentment.

The “self-will” is the sixth degree in the stages of the human soul. 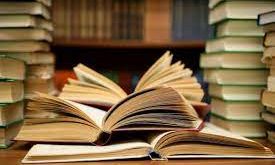